What time is it?

What time is it? Or… what’s the time? This is problaby one of the most asked questions around the world. Below you see the current time in your current place. The time is synchronised via the NTP system (Network Time Protocol). This makes your clock almost equal to the atomic clock. Your local time shown may differ from the atomic time by a few seconds due to loading time to your computer.

On this page more information about how the Atomic Clock works an about Summertime-Wintertime. At the end you will know: What time is it :-)

How an atomic clock works

An atomic clock is a special kind of clock. This clock uses the vibrations of atoms to tell the exact time. Atomic clock timekeeping is considered the most accurate timekeeping in the world. This is because the atoms vibrate incredibly evenly regardless of location or environment. So the time deviation of this type of clock is no more than one second every five billion years or so. For the mathematicians among us, this means an accuracy of 6×10 -18. You can set your watch to this, because there is no other way to set the time so accurately!

How do you set your clock with an atomic clock? 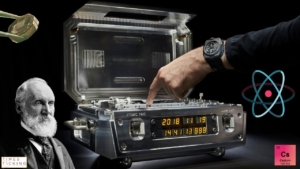 Is it possible to set clocks to atomic timekeeping? And if so, how do you do it accurately? Fortunately, it is possible. If you want a watch that shows the exact time and also automatically adjusts to time zones, it is best to buy a radio-controlled watch. These are clocks that always perfectly match the atomic clock through a digital connection. It is also possible to set the clock via a website that shows the exact time of an atomic clock. This last option is not quite perfect, of course, but you can set your clock very accurately via such a website.

The atomic clock, or at least its predecessors, do not have a long history. The first atomic clock that worked using caesium was developed in 1955 by Louis Essen, who worked at the National Physical Laboratory in Teddington, a town near London. The clock he developed proved to be more accurate in terms of predictability than the rotation of the Earth itself. Due to the introduction of atomic clocks in the 1950s, it was decided in 1967 to change the definition of the “second”. In addition, a new time scale with time zones based on atomic clocks was introduced internationally in 1972. In February 2010, American scientists announced that they had built an atomic clock that tells the time even more accurately than previous versions. The deviation from this clock is less than one second every 3.7 billion years.

Advantages and applications of atomic clocks

Summertime is a period of the year when the time is moved forward one hour. The time format then becomes UTC+2 instead of UTC+1, which means that in summer we use the same time as many countries in Central Africa that do not use summer time. In summer, the number of sun hours is greater than in winter. When the sun rises in summer, most people are still sleeping. By moving the time forward, people’s daytime rhythms correspond better to the number of hours of daylight in a day.

When is daylight saving time?

In the past, time was determined by the sun. People had the same rhythm of the day as the rhythm of the sun. When the sun rose, people got up and when it set, people went to bed. It was only from the 19th century onwards that people began to think about possible adjustments, although the emphasis was more on adjusting people’s daily rhythms. Around the year 1900, prominent scientific figures made more proposals for adapting time.

The main purpose of introducing daylight saving time was to make better use of natural light. Mainly industrialised societies, such as The Netherlands, generally follow a time-based daily schedule. A working day from 9 a.m. to 5 p.m. is quite common, but it often happens that parts of it are dark. The working time is then the starting point instead of the hours of daylight. Instead of adapting working hours to daylight, daylight was adapted to working hours.

Furthermore, summer time was also introduced for economic reasons. The idea was that, when the time went forward by one hour, less electricity would be used in the country and that the saved energy could be used for the weapon industry.

Which countries use daylight saving time?

Not all countries in the world use daylight saving time. When you are around the equator, you notice that day and night are almost equally long (every 12 hours). The countries which are situated around the equator do not use daylight saving time because it has almost no effect. Many countries that are close to the North Pole and South Pole notice a bigger difference in day and night. The closer the country is to one of the poles, the more daylight it has in summer. For countries that are very close to one of the poles, such as Iceland, introducing daylight saving time does not make much sense. An Icelandic summer day has about 19 hours of daylight, whereas on Christmas Day in Reykjavik there are only 4 hours of daylight.

The countries that do use daylight saving time are mainly those located between the polar circles and the tropics, because during the summer period the daylight hours shift and do not coincide as well with the daily activities. 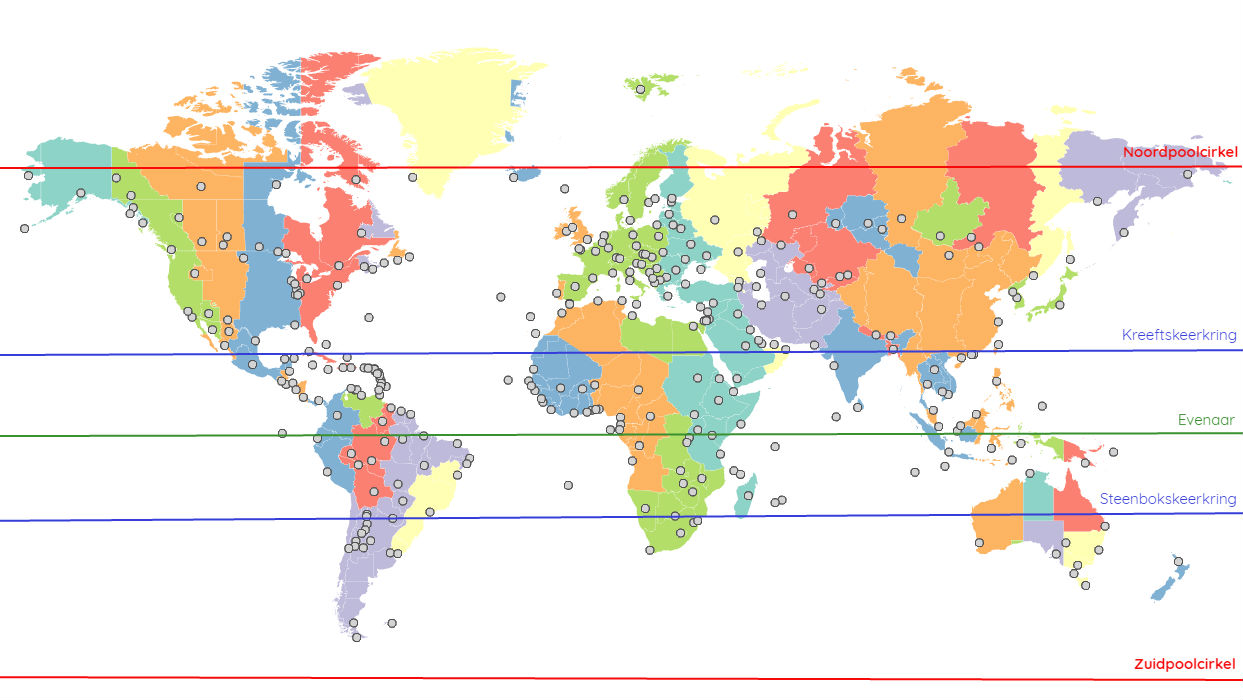